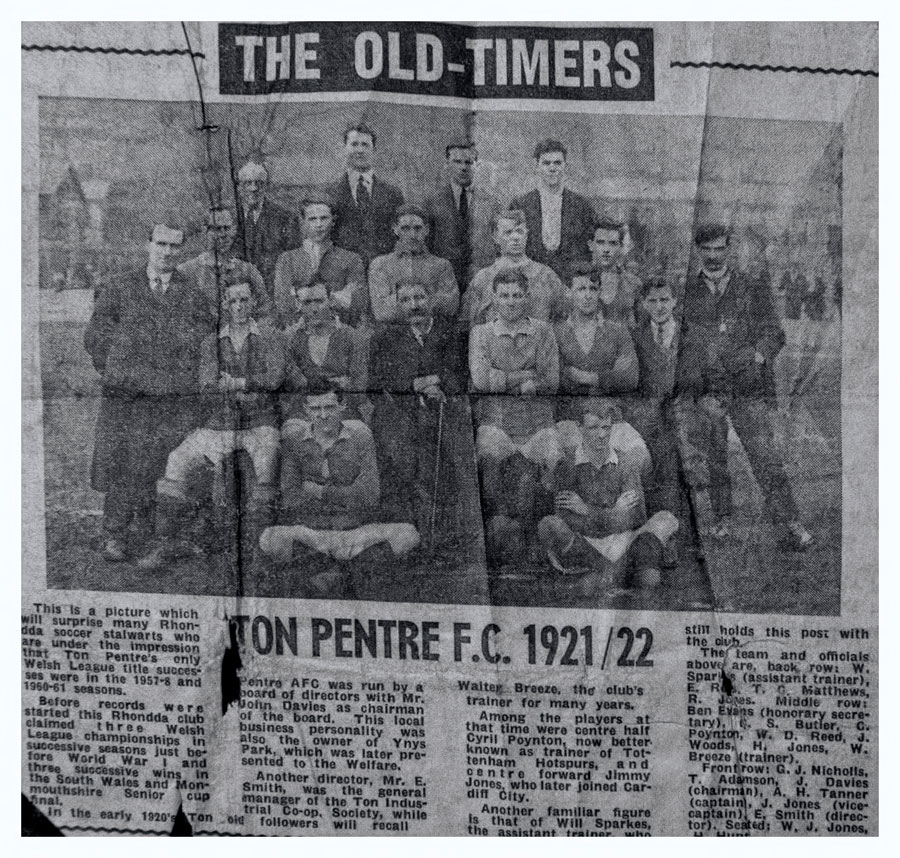 This is Ton Pentre Football Club from 1921/22 taken just before the Welsh Cup Final against Cardiff in which they were beat 2-0. My Grandfather, Will John (Shoni) is seated at the front left. The full article transcription is as follows:

This is a picture which will surprise many Rhondda soccer stalwarts who are under the impression that Ton Pentre’s only Welsh League title successes were in the 1957-8 and 1960-61 seasons.

In the early 1920’s, Ton Pentre AFC was run by a board of directors with Mr John Davies as chairman of the board. This local business personality was also owner of Ynys Park, which was later presented to the Welfare.

Another director, Mr E.Smith, was the general manager of the Ton Industrial Co-Op Society, while followers will recall Walter Breeze, the club’s trainer for many years.

Among the players at that time were centre half Cyril (Cecil) Poynton, now better known as trainer of Tottenham Hotspurs and centre forward Jimmy Jones who later joined Cardiff City.

Another familiar figure is that of Will Sparkes, the assistant trainer who still holds this post with the club. 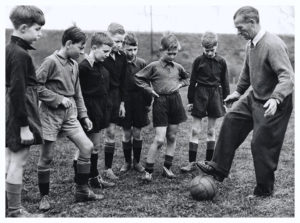